From the minute I saw that first sonogram, I knew that my pregnancy and delivery story would be a complicated one. Three little peanuts huddled next to each other meant that I was carrying TRIPLETS, making me the mom of five in only two pregnancies. I would have 5 kids under the age of 3! I knew that our twin girls would make the best sisters in the world. I knew my husband would step up in a big way and be a hands-on father with our kids. But me? Was I strong enough for all of this? 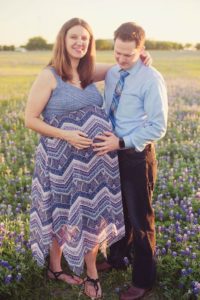 The doctor said they probably wouldn’t all survive the first 13 weeks. They did. We probably wouldn’t carry to 30 weeks. We did! 32…33…34 weeks. My doctor was in awe of the uneventful pregnancy, and I was incredibly grateful. At 35 weeks, I was advised to get a scheduled C-section for the safety of the babies. I felt confident that they would thrive at this point and agreed to the surgery. We were going to be the hospital’s first set of triplets, but they assured us that they were ready.

As we went in for our delivery, we were nervous about all of the unknowns. Would they be strong? Would they be healthy? Would they go to the NICU, and for how long? What if there were complications? But in the midst of all the worry, I knew that I would soon see the three sweet little faces that I had been longing to kiss. Somehow I felt peaceful and ready.

After what felt like an eternity of waiting, suddenly everything started moving very quickly. They took me back for my epidural, and as soon as they injected it I instantly felt a wave of emotion come over me. I had forgotten to enjoy those last sweet kicks and now I would never feel them again. To this day, it is one of my biggest regrets.

I was told that things would move very quickly for the safety of my babies and me. In addition to the doctors and nurses on my team, each baby was given their own individual team. There were so many people in the operating room that there would actually only be room for me and one baby in this room. My two little girls (and their teams) would move to the operating room next door.

I closed my eyes and took some deep breaths, but suddenly my eyes popped open when I heard the shaky sound of panic in the anesthesiologist’s voice. She was on the phone with technical support and informs them that my monitors are not working properly. In that moment I prepared myself to be the leading lady in a Grey’s Anatomy-style tragedy. I told my husband that if something were to go wrong, that he was to pick the babies’ lives above mine without hesitation. And then I prayed. Hard.

Finally, the technical problems were fixed and we carried on. When they were delivered, all three babies were whisked away from me. The girls went immediately to the room next door to be evaluated and my little boy was placed in an isolate across the room from me. No kisses, no snuggles, no sweet first pictures. (Yet another thing that moms of multiples sometimes have to miss out on.) My poor husband was instantly torn in four different directions between two different rooms. I locked my eyes on my son from across the room and all I could see what his chest moving rapidly up and down as he struggled to take breaths. It was only a few minutes before they were all admitted into the NICU for oxygen and I was left in the operating room feeling (literally) empty and worried.

My recovery was incredibly painful, preventing me from traveling to the NICU. I sobbed into my phone as I saw my babies for the first time through a video call. I was so desperate to hold them that I withheld my pain medication and walked excruciatingly to the NICU when a wheelchair was not available, a decision that I will never regret. 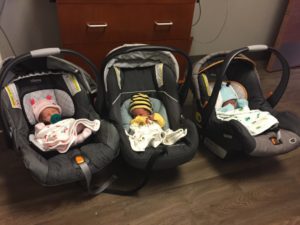 I was released from the hospital, and again my babies did not come with me. Their carseats and cribs sat empty at home waiting for the day that they were strong enough to come home. On the tenth day, as I was headed out for my daily visit, our nurse called. “I don’t want to get your hopes up, but you may want to bring all of the carseats today,” she suggested. My whole world was finally under one roof that day and our family finally complete. 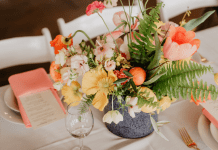 10 Great Places to Host a Baby Shower in Collin County 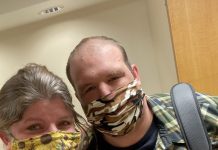 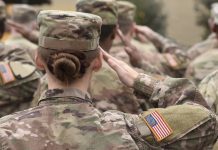