The excitement of sending our son to kindergarten was through the roof. He was set to attend a local Collin County ISD that was conveniently about a half-mile from our place. He would start school at age four, but turn five after the first few days of school. We took our first day photo, just like most of you did, too. Our boy was so excited to go to kindergarten and make new friends. Drop off on day one was phenomenal!

Cue the phone call from the principal before the end of the day, saying that my son had been stabbed with a pencil…twice…by the kid sitting next to him, and ended up in the nurse’s office.

Not how I expected the day to go.

I’m not saying that exact situation was the precursor to what I am about to explain below, but our boy has been in several Montessori schools, and most recently, at a Pre-K at an elementary school. He is a great kid with an amazing personality. Yes, we have our ups and downs, but what parent doesn’t with a five-year-old?

Between the second day of school and when we pulled him from school on September 30, there were no less than 20 incidents where our son was portrayed as being a complete psycho at school. It started with pushing. Then hitting. Then kicking.

I was completely baffled. Who was this kid they were telling me about? Not my son! And no, I’m not being the parent who refuses to believe that her kid can do anything wrong. What I was trying to explain to them was that he never experienced anything like this before.

I tried to ask for details. What I would get from the school was that he kicked a kid and had to go to In-School Suspension. But what happened right before? What was the trigger that made him do that? How can we help to teach him the correct behavior when something happens at school?

Throwing Down or Play Fighting?

At one point, one of his specials teachers emails me that he got in a fight and had to go to the principal’s office. My new five-year-old got in a fight? Are you KIDDING ME?! I asked her for more details. “Was he throwing down? Was he play fighting? Who started it? Were other kids involved? What happened when you asked him to stop?”

She was the first person to paint a full picture. She said that there were two other kids involved, and that they were play fighting. They were at the back of the line, and she was at the front. She did not actually see who started it. But it was in play. She pulled the kids aside and handled the situation from there.

When I explained this to my mother, who is a veteran teacher of 34 years, she was surprised that they would contact me about a play fight. Nonetheless, they did. But this was the first time that I was given more details than just: “He hit someone.”

“Worst” Student She’s Ever Had

After my third meeting with his teacher, where she called my son her worst student in her 30+ years of teaching, I was broken and shed so many tears, my eyes hurt. Who was this child that they had at school? What was triggering my boy? He never acted like this ever in his years of school.

When I mentioned this to the administration, they stated something along these lines: Well, we know that Montessori schools are free choice, and that might be one of the issues. But this school also gave him choices: You can sit at the table and color, or you can lay on the floor. That sounds pretty free choice to me!

After my third request to change teachers, they finally switched him. His new teacher was a little more helpful in the detail aspect. Instead of telling me that he kicked a kid, she explained that he was rolling around during circle time, and accidentally kicked a kid.

Did he kick a kid? Yes, but at least I know he didn’t just jump out of his seat, head over, and kick a kid. BIG DIFFERENCE! 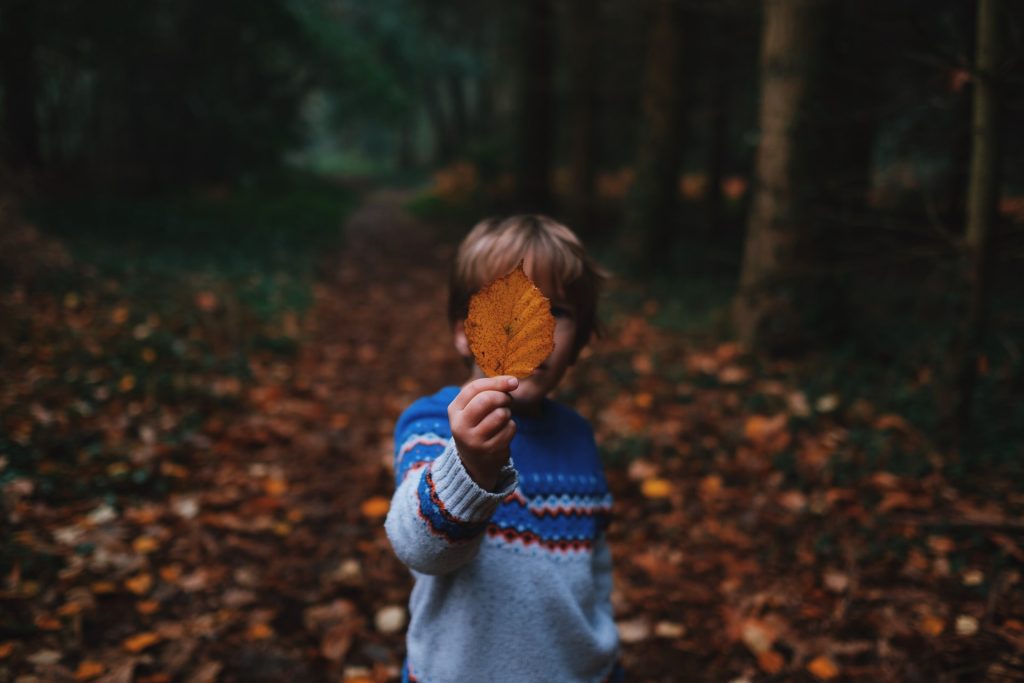 Suggestions for the Teacher

I brainstormed with my mom. She and I came up with a couple suggestions since the school was constantly asking us what we recommended. During circle time, could my son sit by the teacher? This was my first suggestion. That way if she sees him start to lose focus, she can place a hand on his arm to ground him. Her response? There are other kids that need to sit by me, so I can’t.

Then I said, if he starts to lose focus in other ways, can you snap his name? Not yell at him. Not be mean. I’m just saying, snap his name. I know the exact face he will give. He will look surprised with wide eyes, and then stop what he is doing. We’ve had to do that before.

Her response…”That is not my style.” While I understand that, I do not understand how you can ask for suggestions and then turn down every single one that, I, the parent, provide.

At one point they said that my little five-year-old got so crazy that they had to physically restrain him.

In less than eight weeks at school, he had two detentions, one in-school suspension, I had two meetings with the principals, and about 20 emails and/or phone calls with his teacher or administration.

Want to know their solution? Transferring him to another school in a different program meant for kids who are struggling to adjust to kindergarten. I had two big questions.

When I asked what steps they would take once he started exhibiting negative behavior, they said that they first would ignore the behavior in hopes that it would correct itself.

I must’ve spoken to no less than a dozen educators across Texas and the country, some of whom work in special education or the behavior specialist side of the field. I was provided key questions to ask, different methods my husband and I could try at home, and more. Nothing worked. Finally, when I asked about the RTI, and what steps needed to happen there (this was written in an email), I got a phone call that said I needed to come in and discuss a new plan. (New plan was moving to a different school. They never discussed the RTI, even though I asked several times.)

Our son hated going to school. It was breaking my heart.

At one point, we said that we needed a reset. So, I took him out to ice cream for a date to talk about school and life. (Keep in mind he’s five.)

Do you know who we ran into at the ice cream shop?

We made the decision that we did not want to send him to this very intense nine-week program at another school, and that we would “gift him” another year. He will start Kindergarten next year at 5, will turn 6, and then will still graduate high school when he’s 18. No harm, no foul. When I have mentioned our plan (without the entire background listed above), I get met with such great and positive feedback from other mothers how they gifted their child another year.

Not only am I gifting him another year, but I get a whole extra year with him! That makes my momma heart very happy!

The connections I made when venting to my “people” about this was so huge for me. I got so much feedback, advice, and more. One person was Elizabeth, an early childhood educator who has taught preschool, kindergarten, and preservice teachers. She has also worked as an educational consultant helping teachers and parents with a variety of topics. Her favorite area of focus is social-emotional learning.

I wanted to do a Q & A with her about my experience with my son and our initial kindergarten experience. I hope you find as much value in hearing from her, as I have.

What steps should a parent expect when their child is exhibiting behavior like this at school?

This will vary based on severity and frequency of the behavior as well as the developmental level of the child. For example, a high schooler kicking another student will be handled quite differently than a kindergartener. Typically, a teacher will contact you about the issue before it becomes serious. Once the teacher has contacted you, typically they will partner with you to create a plan to deal with the issue within the classroom.

If that hasn’t worked, other support staff such as the school counselor, behavior specialist, or assistant principal will often be brought in. This could be in an unofficial consultation or during an official RTI. Schools move through a multi-tiered system of support in which we provide the least support needed for success and add in supports as necessary for the success of each child. This is used for both academic and social-emotional needs.

What questions should parents be asking?

When the teacher initially brings the concern there are several things I would ask if they were not provided initially.

I suggest getting these in writing so that the teacher has honest time to reflect on the answers. I would put extra weight on the questions about skills. Unwanted behavior in class is most often due to a missing social-emotional skill or expectations that are not developmentally appropriate.

What can parents do to help support the teacher/school?

Provide truthful information about what is happening at home. Having different behavior at home versus school is NOT uncommon. The expectations and environment of a school setting is very different from a home setting, so the skills needed to be successful are different. That is ok! Things you may not think are relevant can still impact what happens during the school day, so transparent communication between home and school is a must.

Below are some things I’ve seen families leave out initially that have turned out to be an issue.

We may ask about sleep schedules and eating schedules to get a feel on whether your little is having trouble regulating due to hunger or tiredness. None of these questions are meant to “catch bad parenting”, but instead to better understand what is going on with the child and how we can support.

We will also ask questions about previous group settings such as preschool, church programs, etc., to see how your child has navigated those spaces in the past. We may ask what the teacher typically did for redirection or how the class was structured. Again, this is to see what we can do to best support your child.

What can a teacher reading this do to support families?

Teachers, it is so important to communicate WITH families! Families need to know you know their child. Families need to know specifics on what is occurring in school AND how they can support you in the classroom. Educational expectations have changed over the years so providing detailed explanations of your classroom expectations helps families understand. Remember that partnering with families to problem solve does not mean asking them to solve the problem independently. We should be working together to find what works best. Just like we wouldn’t expect families to solve difficulties in learning how to read, we shouldn’t expect them to solve difficulties in social-emotional skills used in the classroom. 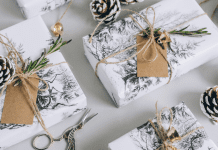 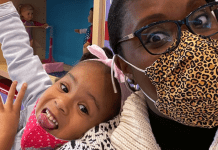 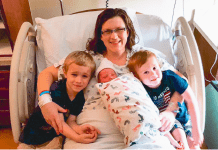 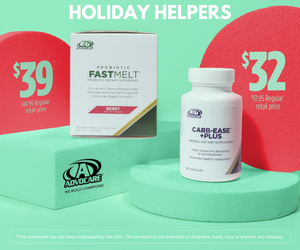