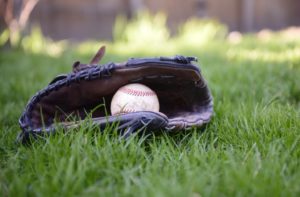 Growing up, my husband never played baseball. He always thought it looked boring and slow compared to some of the faster-paced sports like basketball or football. He was also the youngest of three boys, so I think it’s safe to assume that his parents were done pushing sports onto their kids that they weren’t just dying to play.

Our oldest began asking to play T-ball around age four. He had spent the better part of two preschool soccer seasons crying on my lap and refusing to actually set foot on the field, so we enthusiastically agreed that a new sport was a great idea.

Baseball and our family has been a perfect match. Despite my husband’s lack of experience, he dove right into assistant coaching (bless it), and we are so thankful for what we’ve learned from the last four years. 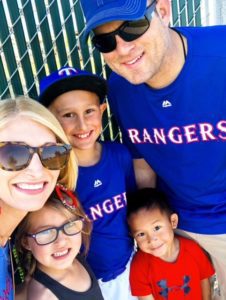 The truth is that every single player, at one point or another, will mess up in a baseball game. The best hitter will strike out. The first baseman will drop a perfectly thrown ball from the pitcher. An outfielder will freeze and not know what to do when he picks up the grounder. But what I love so much about baseball is that each and every play is a new chance to learn.

There is a sweet boy on our team who is playing baseball for the very first time this year. The first four or five games, he struck out every time he came to bat. I wouldn’t have blamed him if he had thrown in the towel mid-season. But he didn’t. He kept coming to practice and working hard, and I’ll never forget the roar that erupted from the dugout when he hit the ball for the first time in a game. Since that first hit, he’s become one of our most consistent batters, and he now routinely hits to the outfield.

I love that the repetitive nature of baseball teaches perseverance and endurance. Even if you missed a catch in the third inning, you’ll get to try again in the fifth. You learn from the mistakes, but there will always be more chances to succeed. 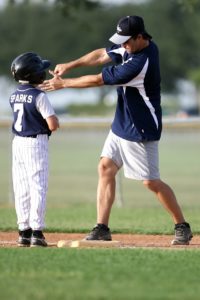 The Influence of a Coach

What I’m about to say you will either make you want to cheer or stone me for saying out loud. I don’t believe parents should be the only adult influences in children’s lives. I have no interest in being their everything. Their safe spot? Their home base? Of course. With that said, I truly believe the most important thing my son has learned from sports is how to listen to, respect, and learn from adults other than his parents.

We’ve moved to such a “friendly” relationship with our children that, often times, I fear respect for authority is getting lost in that mix. If my son is daydreaming on the baseball field and his coach calls him out to pay attention, I’m not offended. I’m thankful he corrected him. And my son needs to know how to listen, correct his behavior, and respond to that appropriately.

We’re preparing him for the real world where he’ll have to answer respectfully to all sorts of authority. What favors are we really doing our children if we don’t make them accountable to anyone other than us?

Coaches have the ability to be such incredible influences in our children’s lives if we allow them to be. So much of the adult I came to be is because of my relationships with teachers and coaches. I cannot begin to imagine my life without their mentoring, and I am so grateful that my parents encouraged sports in my childhood.

Full disclosure: my son’s baseball team this spring is good. Really good. Up until last week, they were actually undefeated in their league. Their first loss hit them hard and there were some tears shed, but it was such a great learning experience for the kids because it showed them that they aren’t invincible. Everyone loses sometime. Everyone.

The other team out-played them, plain and simple, and the coaches didn’t mince words about it after the game. They’ve won throughout the season with humility, and they had to learn to lose with it, too.

Hard work pays off, and that’s important for kids to know, but it’s equally important to guide them through a loss as they navigate the disappointment.

We’re four years into our journey with baseball, and today, my eight-year-old hits pretty well. He catches most of the balls thrown to him at first base. He knows to watch his first and third base coaches for signals, and he’s even managed to grab a few pop flies. Those are all important skills to learn about the game, no doubt. But it’s the bigger lessons he learns on the field that keep us coming back season after season. 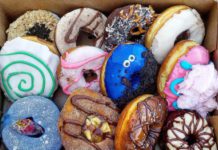 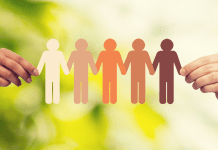