Are we really meant to be with one person? With the divorce rate as high as it is, it’s hard to believe humans are capable of being with only one partner.

Is a wandering eye a huge flaw or a perfectly normal aspect of adult behavior? As a sociologist, I see this from a purely neutral and curious perspective. What is the answer? Is there an answer? 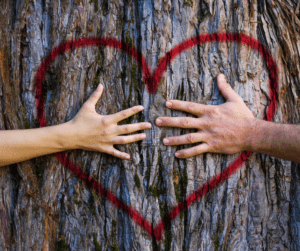 There are so many questions that can be developed around this topic, yet answers are few and far between. And I will tell you up front that I don’t have any of them. I can tell you that I have broken the flow of monogamy in past relationships, but I have also been with my husband for over 10 years and haven’t once drifted into the arms of anyone else.

I do not consider myself old school, but rather more forward thinking in my actions and opinions. Nevertheless, I think the emphasis on monogamy itself is much heavier when you involve a marriage and children. Whether it’s inherently natural to be with one person or not, the deeper you get into family life, the more consequential things can become.

It’s quite ironic for me to even be open to such a topic, as my father walked out on my mom, brother, and me when I was two years old, leaving behind my very broken mother and what I would later painfully long for…a true nuclear family.

I was so young when it all happened, that growing up with divorced parents didn’t really faze me until my pre-teen years. The years when young girls long for normalcy and surge with anger against the things they don’t quite understand. I hated that my dad left us. I hated him for being with a woman who wasn’t my mom. I hated the living situation we were forced into because he decided monogamy wasn’t for him. I saw a therapist. I was depressed.

I eventually made peace with the situation, my hormone levels evened out, and I moved on with my life. Today, I can look at the situation from a different perspective, having gone through A LOT of life and coming to the realization over the years that our parents aren’t the Gods we see them to be when we are little. They are human, they make mistakes, they change their minds, and they don’t always consider how their actions might play out in the long run, just like everyone else in the world.

Relationships end for all kinds of reasons. Breaking the bond of monogamy is often one of them. And although I used to think that my dad broke our family by doing the latter, I have come to understand that had he stayed monogamous to my mom, a facade to his true self, that would have broken our family in a much worse way.

I don’t condone cheating on your partner. I’ve done it. It doesn’t feel good when you see what it does to the other person in the relationship. It really isn’t worth the heat-of-the-moment steamy insanity. I’m in love with my husband on all levels and after 10 years, we still have insatiable chemistry. But there will always be those times when things get stale, or we just aren’t connecting, and my eyes start drifting. I think it’s normal to drift away and fantasize once in a blue moon when you’re married. There is just too much at stake to act on it. The fantasies are more of a tool to mentally wander and come back to your partner stronger.

Now, I will say this. I spent half of my teenage years in a long-term relationship. If I could go back I would change that. Late teens and twenties should be about being free, dating, and making memories. If there’s ever a time to condone non-monogamy, I would say it would be here. As a mom, I will encourage my children to be more free in their young years than I was. I don’t want them held back in their individual lives for anything.

What’s your take on monogamy?

Do you ever wonder what life would be life with a different partner?

{Don’t worry, you can comment anonymously; this is a safe space}. 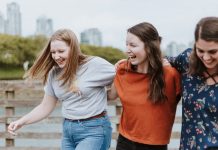 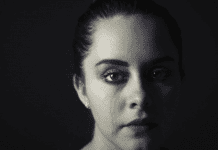 I Was Sexually Assaulted 20 Years Ago & It Still Affects Me 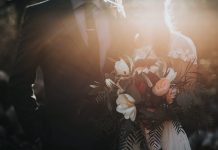