I’ve always loved football. Junior high, high school, college, professional — all of it. Sports in general have a way of bringing people together and creating a culture where everyone belongs.

This year, from November 20 to December 18, we have an opportunity to rally behind another kind of football team on what is arguably the world’s biggest stage — the FIFA World Cup. Yes, mamas, that’s right, I’m talking about soccer, a.k.a football in every country in the world except for the United States!

An estimated five billion people are expected to watch the World Cup, so here’s a guide to help you jump into this worldwide frenzy. 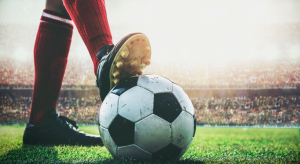 Every four years, the world’s top 32 men’s national soccer teams play in a month-long tournament to win the ultimate prize in soccer. The journey to qualify for the World Cup is years long and hard fought. In fact, the U.S. Men’s National Team (USMNT) didn’t qualify for the last World Cup in 2018, so this is a big one as it’s been eight years since the team’s last appearance.

Now is the time to get acquainted with soccer and the World Cup because in four years it will be right in our backyard. Dallas was named along with 15 other cities in the U.S., Canada, and Mexico to host the World Cup in 2026.

The FIFA Women’s World Cup follows a similar schedule and approach, with the next tournament in 2023.

>> RELATED READ :: For The Soccer Fanatic :: Visiting the National Soccer Hall of Fame <<

When and Where to Watch the Word Cup

Each year, Thanksgiving break is full of American football, with big college games and the Dallas Cowboys’ annual Thanksgiving Day game. This year, add World Cup to the mix. Here’s when to watch:

Google provides an easy schedule and standings to follow everything, and games will be played on FOX Sports (FOX and FS1) in English and on Telemundo in Spanish. You also can stream it via Peacock, Fubo, SlingTV, and Vidgo.

Rally with Help from Hollywood and Dude Perfect

No sweat if you’ve never watched a soccer game in your life. There are really good YouTube videos and binge-worthy TV shows about soccer to help you feel more connected to the game.

For an exciting peek at what fans who attend the World Cup games will experience in the host city Qatar, watch Dude Perfect’s FIFA sponsored video highlighting all of the stadiums. The North Texas-based entertainment crew does not disappoint with this video that everyone in the family can watch.

Apple TV’s Ted Lasso is a heartwarming show about an American football coach who tries his hand at saving the failing AFC Richmond, a fictional English Premier League soccer team. (Note: Due to language and occasional scenes suitable only for adults, Ted Lasso isn’t appropriate for younger children.)

Another show to watch is the documentary series Welcome to Wrexham on FX, which is about American actors Ryan Reynolds and Rob McElhenney buying the Wrexham, Wales, soccer team and their journey to move up and out of the lowest tiers of European soccer. (Also due to language, this is not for little ones — are you sensing a pattern here?)

Crash Course: Getting to Know the Game

In many ways, soccer is less like American football and more like baseball in terms of pace and the time it takes to get to the heart-pumping moments.

Here’s a quick overview of how the game works:

Each team has 11 players on the field, and the objective of the game is to score the most goals.

The game is divided into two 45-minute halves with one short halftime break. There are no timeouts. Instead, extra time is added at the end of each half to make up for time lost on game delays. 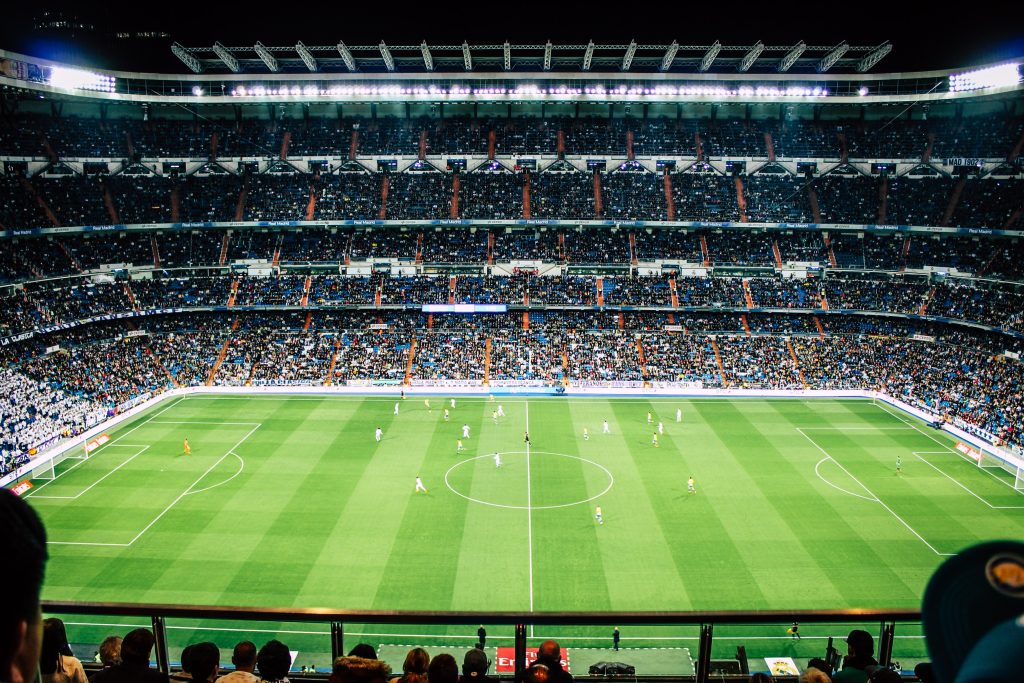 In the first stage of the World Cup games, the 32 teams are divided into eight groups of four teams: Groups A – H. For example, the United States is in Group B, with England, Iran, and Wales. Each group of teams play each other and will reduce to 16 with the top two teams from each of the groups advancing to the next stage.

Soccer is based on a point system where winning teams earn three points, and a tie earns one point. Games can end in a tie or with no goals, and a team with a loss can still advance.

The point system can get complicated, so if it’s your first World Cup, rely on Google to see the standings and just enjoy watching the matches.

One unique aspect of the World Cup is the exposure to people from all around the world. Families can use the games as opportunities to learn about different countries, look them up together on a map, and talk about each country’s culture.

I asked parents from my son’s soccer club how they like to participate in the World Cup, and they suggested getting a bracket poster to help track the games. You can couple that with exploring new countries. There are many World Cup bracket options available on Amazon.

Another fun activity is the Panini World Cup sticker book. You purchase the book and then packs of stickers separately. We had luck finding them at Walgreens, but they are also available on Amazon and at Walmart. The stickers are like trading cards. It can get expensive fast, but it’s fun for the kids to learn about each team even if they don’t fill every spot in the book.

My son gets really excited to watch his favorite players in any game. If you’re new to soccer, players like Lionel Messi from Argentina, Cristiano Ronaldo from Portugal, and Neymar from Brazil are household names all around the world.

Each country will have its share of popular professional players, so kids will enjoy looking for the superstars and seeing how they play on their national teams.

The star of the USMNT is Christian Pulisic who will experience his first World Cup.

And for local ties, the USMNT includes five players with roots in our own hometown Major League Soccer (MLS) team and/or youth academy, FC Dallas — Kellyn Acosta, Jesus Ferreira, Weston McKennie, Shaq Moore, and Walker Zimmerman. Look for them and cheer them on.

Watch at Least One Game with a Crowd

I highly recommend watching at least one game with a crowd to get a feel for the spirit of the game.

In 2018, my family watched the final game of France versus Croatia at Legacy Hall. That day is so clear in my mind because Legacy Hall was packed and buzzing with energy. While the underdog Croatia did not ultimately win, when they scored their two goals the crowd erupted in a joyful roar. I’ll never forget my son’s smile in those moments.

Weather might be a factor this year with the cooler temperatures, but venues in Collin County like Legacy Hall, Lava Cantina, and Grandscape are great places to watch with a crowd, and FC Dallas is hosting a series of watch parties for the USMNT games at Toyota Stadium. It is free, but registration is required. You could even get in a visit to the National Soccer Hall of Fame.

Tip for Legacy Hall: Bring your own fold-up chairs to ensure you have a seat. 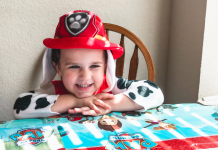 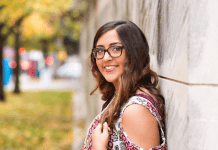 The Best Time to Take Senior Portraits in Collin County 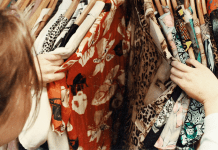 My Top 10 Favorite Items to Thrift 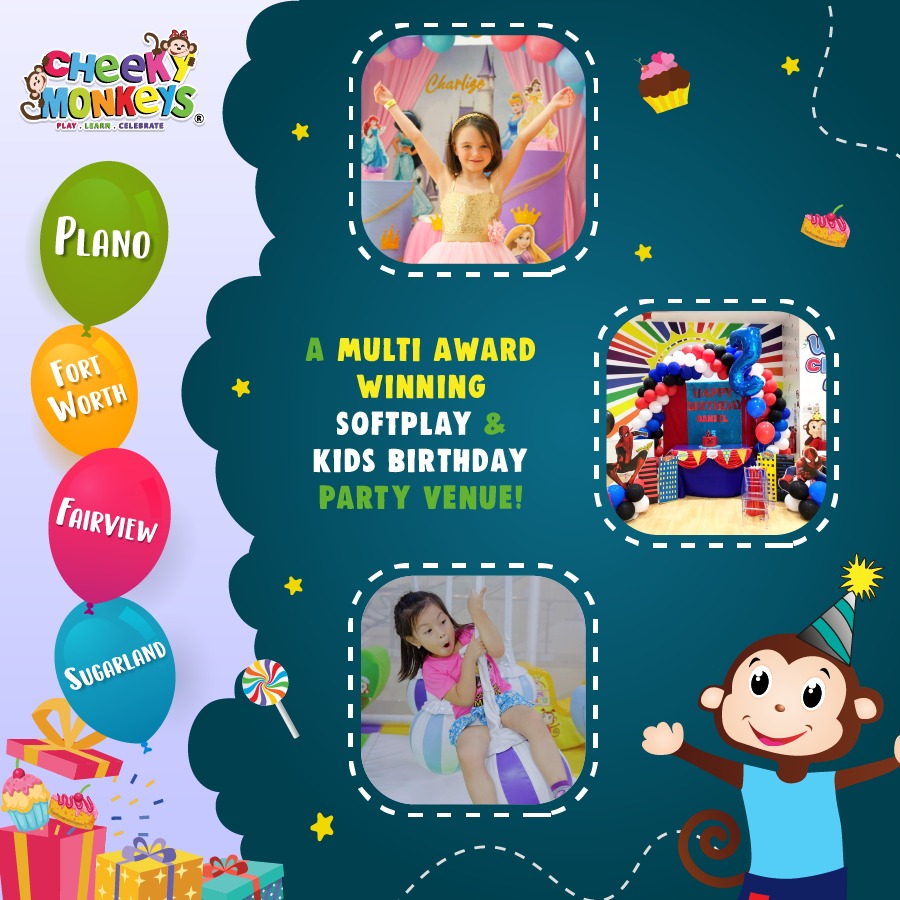 Katie Lewis - November 15, 2022 1
The holiday season is officially ON. Come check out our roundup of the best local events to help you celebrate. If you're interested in...

Where to Find Christmas Lights in Collin County

A Guide to Christmas Tree Farms in & Around Collin County