Hi, I’m Whitney. I’m not a Millennial; I’m not Gen X. I was born in 1980 and some articles say I’m Gen X, some say I’m Gen Y, and some random ones even show my birth year as a Millennial birth year! The term I’ve related to most is Xennial.

“As we were growing up, technology matured along side us. We had time to get used to it and were still young enough to feel right at home with it.”

Caveat: I’m not the prototype for a child of the 80s; I had a very sheltered childhood (for which I’ve always been grateful). I had a digital-free upbringing. My first car phone was a box phone I kept in my car at age 16, only to be used in emergency situations. My first cell phone was at the age of 20. I never owned a laptop while in college. I didn’t start texting until I was 24 or 25. I got Facebook around the same time, right after they allowed non-college students to join. I didn’t get an iPhone until…maybe 2012? 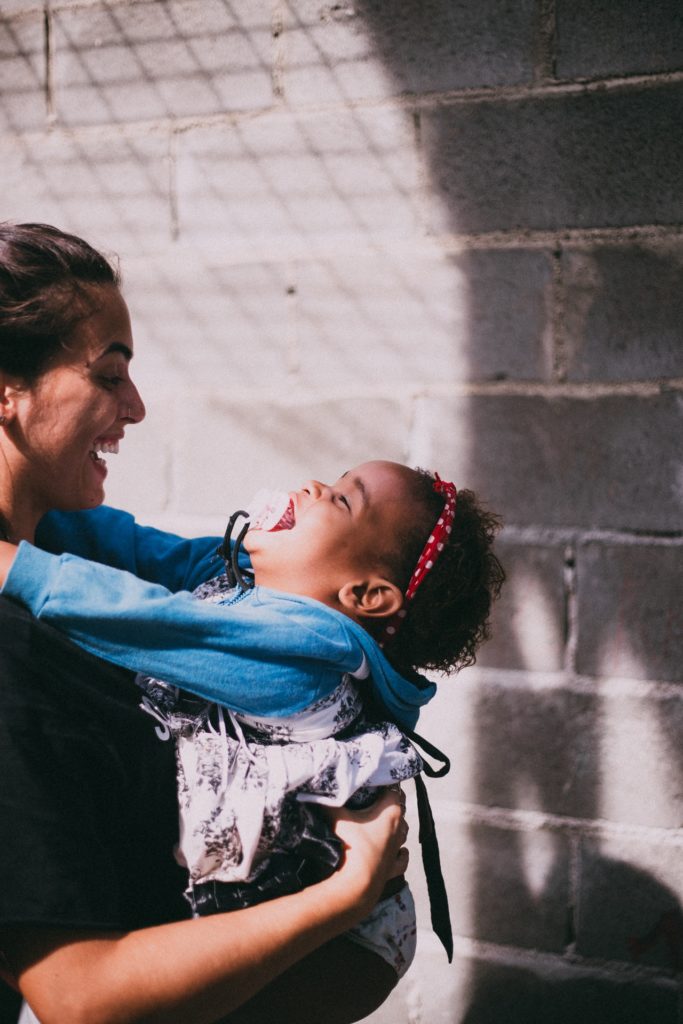 My friends and I started settling down in the mid-to-late-2000s. All the while, I kept an eye on what new mothers were experiencing. I took a class on “Can Women Have It All?” as a college junior. (At the time, my answer was an emphatic yes with no exceptions or qualifications or caveats.) I remember devouring I Don’t Know How She Does It by Allison Pearson when I was 23.

I got engaged right before I turned 30, and had my first child at 31. By age 35, I had three children under the age of four. It was 2015. By that point, I felt like I’d heard it all about my generation of parents. How some people believe that having children after the age of 30 pretty much guarantees there will be problems (health, mental, physical, miscarriages, infertility, etc.). How mothers today can be coddling and enabling their children and allowing behaviors previously un-allowed by older generations. How we now have a label for every misbehavior under the sun, when all we really need is good, old-fashioned discipline. How many think we are raising a generation of “special snowflakes” who will never make it in the real world.

A Quick Rundown of the Constant Critiques

Routines: Sticking to a sleep schedule will raise eyebrows these days. “Why are you so strict with naptimes?” “You can’t come to his 2pm birthday party because your kid’s nap is during that time?” Keeping healthy sleep top of mind is unfathomable to many.

Travel: When trips with little kids aren’t worth it. “When my kids were little, we went on multiple road trips and vacations each year. It was so great!” Maybe you don’t have the money to spend on a two-year-old’s flight. Maybe you don’t want to deal with three kids under four on one plane. Maybe you realize that a “vacation” is really just you taking care of your kids in another location; there is no relaxation involved here.

Free Time: Letting kids roam free outside for 8+ hours per day in the summer. “I didn’t even know where my kids were in the summer months!” Good for you. Now I wonder how many abductions, sexual assaults, bad situations could have been avoided if kids weren’t allowed to run free when we were little (ok, I know I’m being dramatic here, but sometimes I DO wonder). But letting my kids run around out and about makes my blood run cold. Cars don’t slow down for kids in my neighborhood. The nearest park is a half-mile away. And you better believe that if something awful happened to one of my kids, MY HUSBAND AND I would be blamed.

Screen Time/Healthy Food/You Name It: “You’re just so over-involved, way more than I was!” Well, we now have infinite information at our fingertips. We see the studies, the surveys, the anecdotal evidence for and against certain guidelines. Our physicians can do far more these days. Testing is robust; diagnoses are prevalent, action plans are common. Which leads me to my next point…

Here is what I would like to say…There were way less labels when I was growing up, but you better believe I remember the “problem kids” in my grade. The ones who were shunted off to “special ed” classrooms for the majority of the day. The ones who had a hard time adjusting to high school and all the kids who dropped out by junior year. I couldn’t tell you if there was an official diagnosis or what those teachers were doing to ensure success for them, but it makes me wonder if maybe those parents didn’t think their kids had much of a future.

Today, moms have infinite information at their fingertips; this information inevitably makes decisions harder. With more choices comes more thinking. More second guessing, more debating. Going to experts, getting second opinions, taking in all the feedback, and ultimately, hopefully, making informed choices THAT ARE BEST FOR THEIR CHILD.

What I am SO thankful for as a working mom in 2019, that is if something seems “off,” I can do some research (because I CARE and am involved, not because I’m over-diagnosing or trying to take the easy way out) and find the best plan. Do you know what relief, what reassurance there is, when the problem I describe is totally common to the school staff who has dealt with this issue a million times before? The knowledge that, actually, no, my child is not the first one they’ve ever encountered with this difficulty…well, it’s priceless. It means there are processes, there are action steps to take.

Thirty years ago, we wouldn’t have had this info at our fingertips. I believe that’s why many kids back then were aimless, floating through the school system, ultimately lost. The fact that my husband and I advocate for our kids, get the necessary evaluations, diagnoses, second opinions, attend the IEP meetings, over-communicate with the specialists…all of it is praised by our school administration, who say that early intervention ensures that our kids have the best possible chance at success in life (and this embarrasses us, as we are confused by the praise and are just looking out for our kids as anyone else would).

All that success means to us is: our kids stay in the mainstream classroom, they’re not pulled out unless absolutely necessary, intervention and support is available during standardized testing, and that they get all the chances neuro-typical kids get. Basically: not being overlooked.

So while I laugh along with the articles and memes that older generations share, I’d never want to go back to those times. I’m grateful for the science and research available today. I’m not a helicopter mom or a bulldozer mom…I’m an informed mom who is actively involved in my kids’ lives. And that’s all kids of any generation really need: a parent who loves them and has their best interests in mind.

I promise you that modern parents are not lazy. They aren’t neglectful. They are just as hard-working and flawed as the generation that came before. And they love their children just as much.

If you have been a parent of a past generation, know that you raised adults who are now more open to creating relationships with their children, more sensitive to their children’s autonomy, and more understanding of the need to balance safety and risk. You did that. In the 70s, 80s, and 90s–you did a great job! Now, please, help the parents of today do the same. Build them up. Give them a hand. Know that they are just as nervous and excited as you were. Be the village. Mourn with them, celebrate with them. Love them. 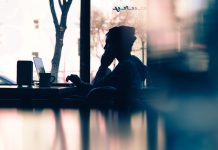 I’m So Tired of Working From Home 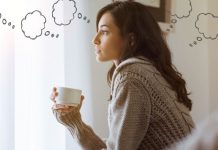 10 Tips for an ADHD Diagnosis in Adults 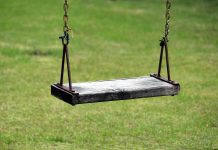 What to Say to a Friend Who Had a Miscarriage: 5 Tips 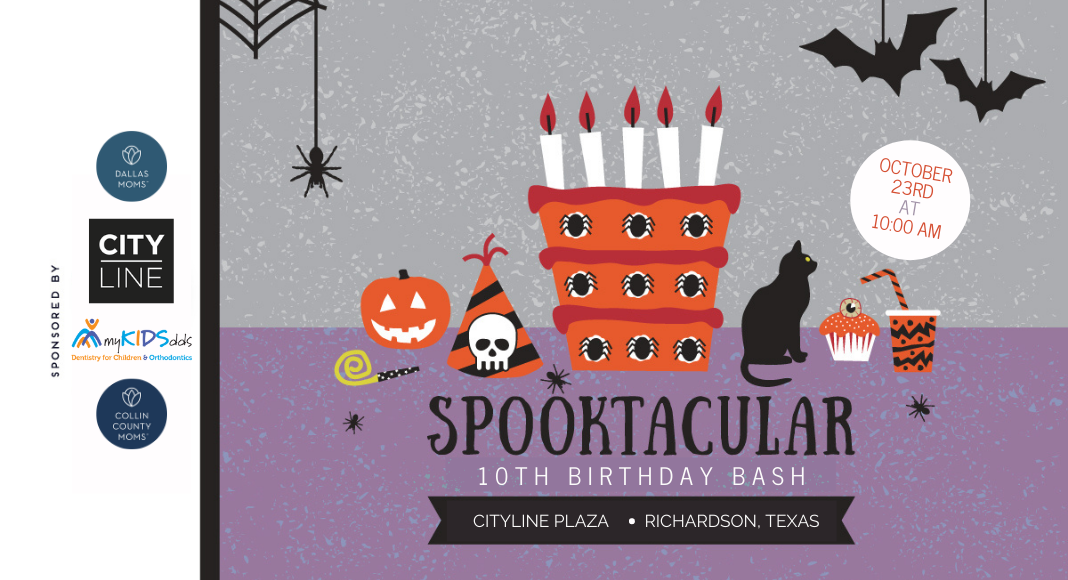 Fall Festival at The Village at Allen

Shanelle Fisher - October 6, 2021 0
It’s that time of year: time to pick your team and represent! No, I'm not talking about football; I’m talking about fall treats. Are...

CCM Cuisine Tour :: Filipino Restaurants to Check Out in Collin...